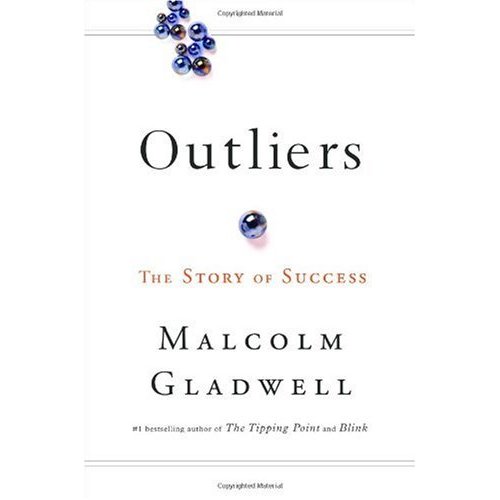 I took a friend to a bookstore yesterday (I always do that) and came across Outliers by Malcolm Gladwell. I read this book ages ago…. But I decided to flip through it again just to get a quick refresher course. My favourite part of this book was when Malcolm talked about the 10,000 rule.

To break it down simply- one needs to have at least 10,000 of practice (more or less equal to 10 years) to master their craft and achieve success.

The examples in the book range from The Beatles to Bill Gates, and how before they became the boy-band sensation or a multi-billion dollar businessman, they were in the state of practice.

The Beatles were constantly playing different kinds of gigs and Bill Gates would sneak into his computer lab to code.

All the hours of practice led up to a level of mastery 10,000 hours later.

What I took away from this? Keep practicing. It’s not in vain. Keep going and don’t give up.

You can listen to the audiobook of Outliers here or read it online here.

PS. I’m pretty sure Macklemore based his song on this.

Currently: Founder & Consultant @ Next Theory (@nexttheory) Founder of She Talks Asia (www.shetalksasia.com) Kumu- VP of Marketing (@kumuph) Host of Theoretically Speaking Podcast Writer Life Coach Into Healing. Author of Unscripted: http://www.amazon.com/Unscripted-Vicky-Herrera/dp/9719460946 Can still jump back to host on TV. Just sayin. Born in California. Based in Manila. Travels around Asia. View all posts by victoriapherrera